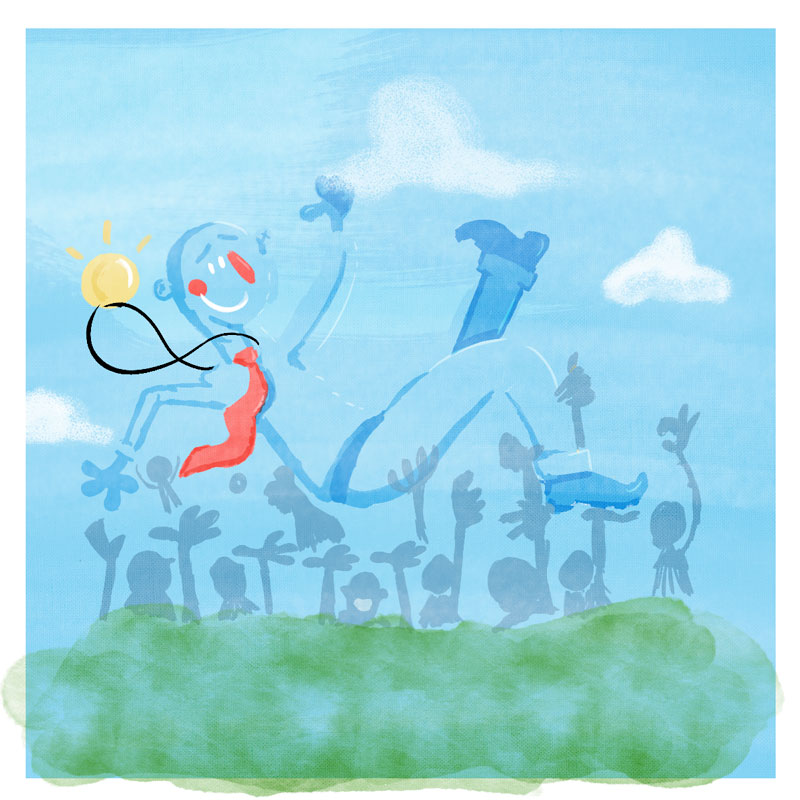 Don’t Overlook Introverts: Why You Should Hire & Nurture Them

Hiring is a hugely subjective profession. Far too often hiring decisions are made on the basis of who made the best impression in an interview. Hope and potential, charisma and charm, and who gets along best with the interviewer, are those who get the job. It sounds good in theory, but in practice does this mean the best qualified people get hired?

Given the fact that resumes are great marketing tools, designed to get interviews, not necessarily accurately convey the facts, it comes down to the interview when the real decisions are made.

This puts outgoing, extrovert people, at a distinct advantage. We instinctively look to hire those we like, those we get along with, who mirror some aspects of our own personalities. We can’t help this. Our brains are programmed to seek out like minded individuals.

Unfortunately this means for introverts, the odds do not favor them.

Introverts in popular culture are generally shown to be great people, just with fewer social skills: Sherlock Holmes, Jack Reacher, and Lisbeth Salander in the Swedish thriller, The Girl with the Dragon Tattoo. All awesome, all introverts.

According to the author of Quiet: The Power of Introverts in a World That Can’t Stop Talking, Susan Cain, 70 percent of the world’s leading CEO’s are introverts. US President Barack Obama has been criticized for not seeming to like people, making introversion sound like a character flaw. This couldn’t be further from the truth.

Being an introvert doesn’t mean you don’t like people, or can’t work in an environment where people are at the heart of what you do.

What to expect from introverts:

What to expect in an interview

Getting past the idea that louder doesn’t mean better, which means focusing on the quality of the candidate, rather than more subjective feelings as to whether you have a rapport with them, means coming into an interview with different expectations.

1. The lack of a sales pitch doesn’t mean lack of confidence

Assuming they’re well qualified for the role they are likely to enter the interview knowing that, knowing their own skills, and therefore will be quietly confident of them. They aren’t trying to sell you a used car with too many miles on it. They have the skills, they don’t need to sell; instead they will be looking to back up examples with evidence and authentically show you who they are.

Extroverts, when trying to sell, will expand upon the skills and experiences they’ve had. When it comes to introverts you have to work a bit harder for that same level of information. The trick is to ask more questions. After asking more questions you will have a more in-depth picture of the candidate than you could get through lots of small talk.

People who are introverts in leadership positions often come with greater emotional control than extroverts, which can be a great advantage. Introverts work hard to understand human emotions and body language. This makes them great writers. How this translates to an interview scenario is they will be better at reading and reflecting your body language than you will be at doing the same to them.

Introverts are great people to have in any organization. They are good at reading people, fantastic listeners, usually have stronger emotional control, are single minded, and focused.

Thinking before speaking and being keen observers of human emotions means they are unlikely to make mistakes in communication or customer facing roles. Whether you are hiring for a customer service agent or CEO, it is worth working harder in an interview if it lands you a hard working introvert.

Leena worked for some of the big guns in the media industry before deciding her true calling was to be the ultimate curator of our brand - this is our version of the story, of course. She spends her days cooking culinary masterpieces from all over the world. And if you are not really careful, she might just offer it to you.