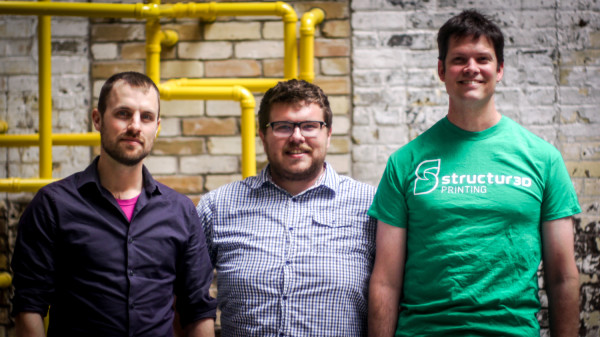 At Wagepoint our customers are like family to us, and now that we have a hit a major milestone in our startup journey, the time has come to shine the light on each and every one of our awesome customers.

So every month, we are going to sit down with one of our rockstar customers and chat about all the interesting going-ons with their business. This month’s feature is dedicated to Structur3D, who are the makers of the Discov3ry Extruder, a nifty add-on for popular 3d printers, which will let people print with, well… pretty much anything.

Structur3D was founded in 2013, by two-person team Dr. Charles Mire and Andrew Finkle – two scientists who are unlike any known to mankind – or at least to us. Funny, quirky and just downright cool – Charles and Andrew share a common love for 3D printing and its endless possibilities.

Since its inception, 3D printing was always a game changer – it had the possibility of affecting every industry and even our own lives, be it in medicine, food, art or architecture. You just had to imagine an idea, design it on your computer and with a 3D printer, you could magically go from conception to completion.

So, what makes Structur3D so damn cool?

You see — the magic behind Structur3D is that Charles and Andrew found a way to go beyond plastic with the Discov3ry Extruder.

“Quite simply, our cartridge system works like a syringe. You just plug it into any 3D printer, insert whatever paste or liquid you want (each cartridge can hold 60 cubic centimetres), and your printer does the rest.” 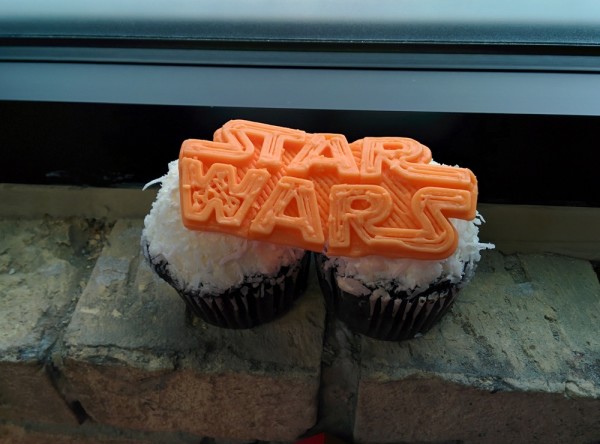 I’d take that cupcake to space with me, anytime!

And he isn’t kidding when he says you can use whatever paste or liquid you want – they have tried everything from silicon to icing sugar in their Poindexter-style laboratory based in Communitech, Waterloo. In fact, as far as they know this is the first time that it has been possible to print using anything other than plastics.

Ever since our first meeting, Andrew and Charles were both excited about the idea of printing foods, so it wasn’t such a crazy stretch for them to finally test and print using Nutella.

3D printing the way it should be – Yummy, yummy Nutella.

“Until we started playing about with different pastes and liquids we didn’t know what would be possible. So one late night at the office we experimented with foods, like Nutella, which worked. So, when we started telling people what we’d done they thought it was pretty cool too.”

Personally, we think that it was just a case of the late night munchies mixed with some sleep deprivation that made the creative juices flow.

They decided to take the show on the road to Maker Faire, San Francisco where they did a live printing using Nutella, and before they knew it, the crowds were thronging in their direction and people couldn’t stop talking about the cool kids on the block.

Never one to miss a beat, the press took notice as well – Techcrunch, Mashable, Fast Company among others, and it all helped in their fundraising efforts.

Structur3D launched their Kickstarter campaign in early June to raise $30,000, which would help them produce 100 units of the Discov3ry Extruder.  Within a matter of hours, they had hit their goal and even surpassed it. At the end of their 30-day campaign, they had raised a whopping total of $126,086 from 511 supporters: that’s 400% more in funding than they had originally expected to close!

“The press attention helped, of course. But we already had a very active group of supporters thanks to blogs we had written and were mentioned in throughout the 3D community. We couldn’t have done any of this without them. We got loads of feedback along the way, which is why we didn’t want to go into an already crowded space with another printer.”

All in all, it’s been a great couple of months for the Structur3D team, but the team doesn’t plan on stopping anytime soon.

“At the moment I’d say it’s still a toy for geeky adults. I think it is going to have a huge impact on R&D, micro-manufacturing and no doubt many applications we’ve not even thought of yet. I’m excited to see what happens next, and I’m happy to be playing a part in that.”

And we are excited to be a part of their journey as well!

Structur3D came on board as a customer earlier this year, and for Andrew, it was about the simplicity of signing up with Wagepoint. Among the offering of simple payroll solutions, the bitcoin feature helped as well since they are supporters of the digital currency.

If you want to join a kick-ass group of founders and small business owners, like Charles & Andrew, sign up for a 30-day Free Trial today and take advantage of Wagepoint’s payroll service for small businesses!