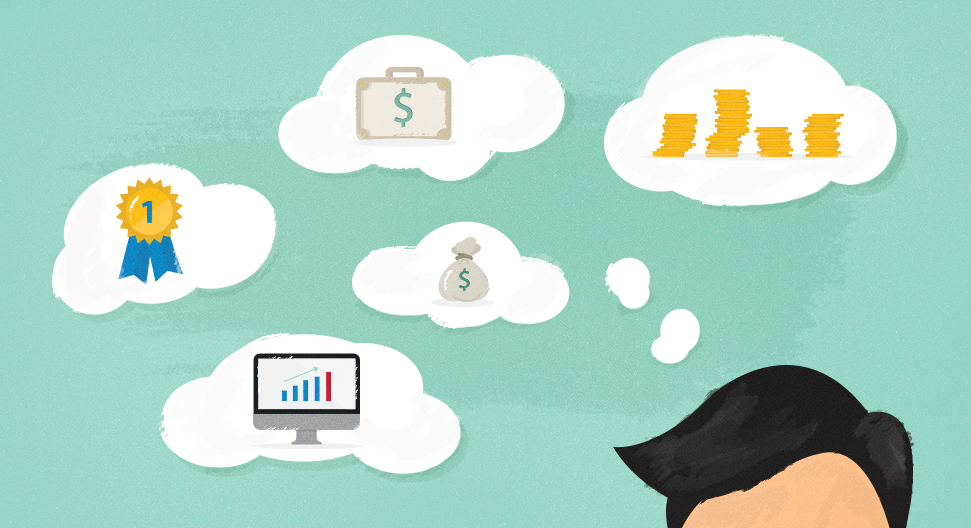 As a founder of a business that has successfully raised venture capital, people often ask me how we did it. I always wish I could respond with some amazing fundraising hack, a step-by-step process that could be copy-pasted into anybody’s fundraising process.

But of course, that would just be too easy.

To misquote Jerry Maguire, “It’s an up-at-dawn, pride swallowing siege that I can never fully tell you about.”​

Every founder has their own journey and funny stories about the kinds of characters they meet during the fundraising process. VC’s probably have their own stories too.

But, the one sentiment that is consistent across the board with most founders is that raising venture capital is a seriously painful business.

At its heart, it’s a numbers game of qualification – on both sides of the table.

The goal is to find someone that likes your space and then likes you/ your team and vice-versa. It’s no different really than your sales process with customers, only you are selling a piece of your company for hopefully millions in return.

It takes the same amount of effort to fundraise as actually growing your business, so technically, once you are in the fundraising process, you are pretty much working two jobs.

Having said that, this isn’t a post about hating on the folks in venture capital or even the process of fundraising itself. This post is about six venture capital myths every entrepreneur should know, so that hopefully you don’t walk in biased about what to expect during the process.

Myth #1 – Early traction is all you need

There used to be a time, just a few short years ago, when your first 10 customers might be all you needed to get investor validation that there was opportunity in your space. That would be your product-market fit, per se. It was all you generally needed to get a Seed Round of funding.

Today, raising a round of seed funding is no different from raising a Series A round – with VC’s looking for metrics like growth rate, MRR, CAC, CLTV, etc, all of which you would expect to see at a later stage company.

In short, the definition of early traction itself has changed.

There are exceptions to this rule of course, as you will read about further along  in this post. However for most of us, this means that we have to begin fundraising from, VC’s in particular, only when we are in a position to answer these types of questions.

Myth #2 – You can build a great business anywhere

Not only is there more access to capital in these cities, but their infrastructure is also better set up to connect companies and VC’s to each other. Everything from Demo Days to small meetups helps shorten the amount of time it takes you to get to know the VC’s in that area.

There is also the fact that valuations in places like Silicon Valley tend to be a lot higher than anywhere else, which makes it no surprise that it is the #1 place where unicorns (a.k.a companies with a $1Billion dollar valuation) are born.

It’s hard to argue with the simple reality that it is better to situate yourself in an area where people are used to writing ‘risk based’ checks.

You really do need to be plugged into the ‘scene’. If you are seen at multiple events, or if your name/ your company’s name has been brought up by others, VC’s are more likely to think your business is heating up.

This is the reason why it takes some founders a much longer time to raise capital than others. If you are starting to build your network from scratch, it would obviously take more time.

But, here’s the real deal.

VC’s always try to make the reason for not investing in you objective, but more often than not, it is subjective. Because their biggest decision criteria is usually… you.

That’s why they say things like ‘we invest in the entrepreneur’.

Because they have no way of making an objective assessment, they look at subjective cues like the source of the intro, the number of times they have heard of you, other venture capitalists you are talking to, etc.  (FYI, the answer to the last one should always be: ‘the usual suspects’, unless you are really talking to a tier 1 VC).

As a case in point, consider the story of Clinkle, one of the Valley’s more recent startup stories that can be attributed almost directly to the ‘who you know’ aspect of fundraising.

Clinkle was founded by a 22-year old Stanford student who pitched his business with no product or traction and raised a bunch of money. He rubbed shoulders at Stanford with VM-ware Co-founder, Diane Greene, who then brought heavyweight VC’s like Accel and Andreessen Horowitz to a much-hyped about $25M round.

And, while Clinke has since imploded, it is a pretty solid example of how being ‘in’ the network benefits founders.

Myth #4 – All VC funded business are set up for success

There is this rose-colored myth by most people who have not yet raised VC funds that believe money will solve all of their problems.

While it is true that raising money does help you go back to building the business, it only helps pay the bills – you still have to decide the best places to put it to work.

Color Labs raised $41M in their Seed round with big backers like Sequoia and Bain Capital. They were supposed to build a revolutionary iphone photo app, but ended up with a ‘me-too’ product that didn’t get much traction. They had recruited top engineering talent, spend advertising dollars on shows like SNL and had bought enough time to pivot into something of value and yet they failed due to poor execution.

One of the best cited examples of the excesses of the dot-com bust in 2000 was grocery-delivery startup, Webvan, who went belly up after raising $800M.

In an article by one of their top executives, Peter Relan, he recalls how the pressure to ‘grow big fast’ overtook everything else as the primary driver of the business. They expanded into new cities faster than they could prove out the unit economics of their business on a smaller scale.

The trend still continues to this day as you can see in the case of Zenefits.

Zenefits is currently under investigation for circumventing regulations required for their insurance brokers to be properly licensed to sell insurance.

After raising over $580 million, their need to grow fast outweighed their desire to be compliant.. Their former CEO also mentioned that his original intent was to hire far fewer employees when he was chided into ‘going as big as fast as possible’ by one of his VC’s.

That is not to say that some VC’s do not have a positive impact on startups, but it is the ‘hyper-growth’ mentality to the exclusion of all else that is institutionalized in VC-land, and it should be questioned.

It can be dangerous to a young company that hasn’t fully ‘discovered’ the optimal way to succeed at scale.

Myth #6 – It’s a level playing field for all entrepreneurs

In my experience, there are at least three things that help you with fundraising:

1) You’ve had at least one successful exit,

2) You were an early employee at a hot startup or Google/ Apple etc., and/or

3) You graduated from an ivy-league university.

Either one or all of the above is helpful in giving the VC insight into your pedigree as an entrepreneur and about who you are – right or wrong. It’s a part of their assessment of you (reference myth # 3).

This graph should tell you everything you need to know about how much pedigree matters when it comes to the process of fundraising.  The amounts are represented in Billions.

For my part, I can tell you that I have been asked which school I attended at least 50% of the times I have pitched for VC money. It’s just a rough estimation but I know it comes up a lot more than I would have expected for someone that is in their 30’s with all kinds of life and professional experiences behind them.

For most of us starting out, we probably don’t have any of these to our name – yet. But the point is to start out with smaller raises from local investors that give you just enough to put yourself in a position of strength before you go out to raise VC funding. That way you don’t have to worry about having to check all these boxes.

I am pretty sure it has caused us to grow slower than some of our competitors. But to me, it’s worth it. I am happy with the VC’s on our investor roster because they are good people first and VC’s second.

Shrad is our Go-to-Market maverick. His passion and commitment to our company is evident during many sleepless nights as he ponders our next move. Some say he might be Batman – well, it’s really only him saying that so we don’t actually believe him – or do we?